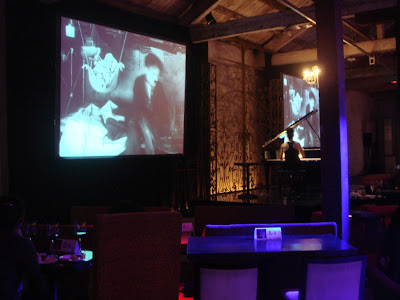 Actually, though it's a bit embarassing, it was the first time i have seen a (full) Charlie Chaplin movie. I found those movies funny and touching. The performance of the pianist was good! She impressed all of us when the crew decided to put on movie pictures and ask her to play on improvisation.
Apparently, during the other perfs, she also played on the silent movies 'Metropolis' and 'Nosferatu'. Today was her 6th and last concert in Shanghai (in River South Art Center, near Xinzha Road).
Eunice Martins is also famous, she played in various festivals in Hong-Kong, Berlin, Istanbul, Sao Paulo...