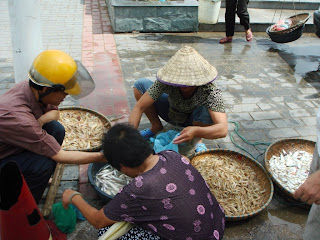 Fresh seafood at the market 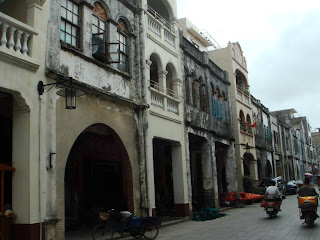 Beihai Old Street, a mix between Chinese and European style 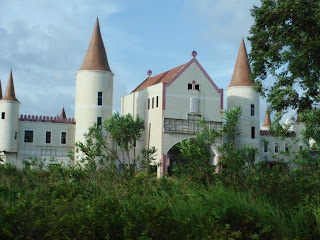 Many hotels like this one in a castle shape on the road to the beach, so kitsch! 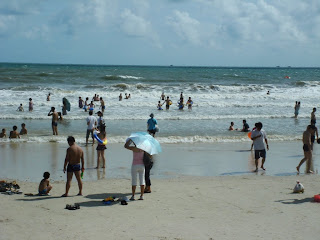 Beihai Silver Beach, hot water and white sand
Still in the Guangxi province, I went on my own to Beihai and couchsurfed at Grant's place (Stephen left to Chengdu). As going on holidays to the beach is quite recent for Chinese, they are so excited about the sea! The first week of paid holidays date back from 1992, then the 2nd one from 1999, only 10 years ago.
Beihai used to be a start point for the Silk Road and also part of the colonial Indochina (1858-1954), so there I've seen the former French consulate, now a hotel, and also the former UK consulate (now a school).
On the road, I once saw a farmer walking his goats on the tarmac roads of Beihai, and cows eating the grass near from the beach! Unexpected things happen in Beihai!
Bus from Nanning lasts 3 hours (50 yuan).
Posted by Stéphanie at 21:13